First, let me introduce my laptop: it's a Thinkpad X60, he's called Kiffu and was bought ~6 months ago from Gluglug, and as the FSF said, it's an open-laptop, and that means that it runs without any proprietary software, nor any blob, not even the CPU microcode!

Yesterday, I decided to clean my keyboard, and for that, Maat and I had no better idea than putting it under the tap! Of course it was powered off, but I put a bit too much of water, and everything didn't go though it. It was now a bit wet, and I decided to wait for the full night before pluging and running it again... But the whole night wasn't enough, and when I ran it, it worked for five minutes, and then I got some strange things on the screen, before it self rebooted, then reboot again, and behaved very oddly... I shut it down, removed the battery, unpluged, and decided to dry it really. I opened it completely, removed the SSD, the keyboard, and even the upper body! Drying and waiting for a bit, I then decided to try to run it, but I was too lazy to rebuild it, and then redry if it still didn't worked, so I run it completly opened!

Everything went well, and I even took a few pictures with the webcam, without any problems: 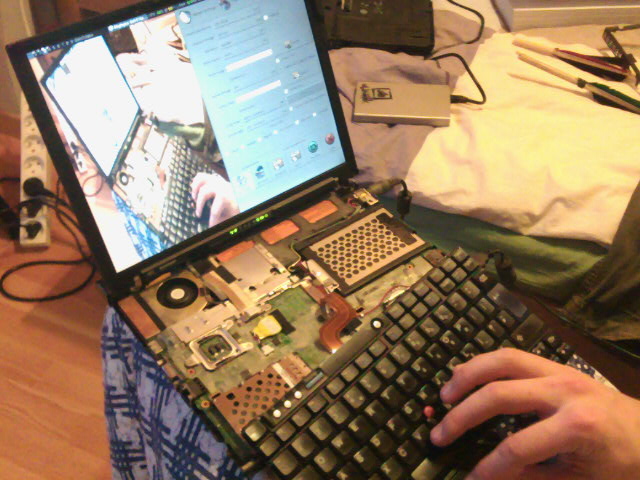 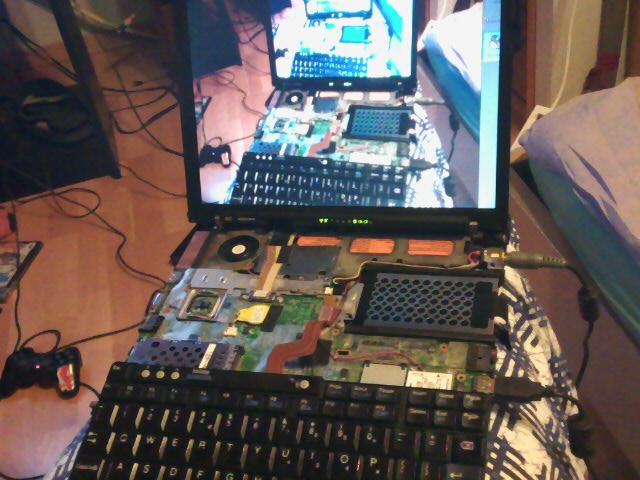 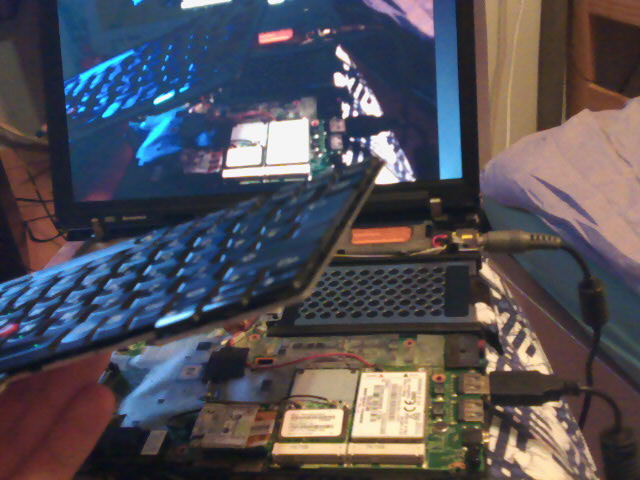 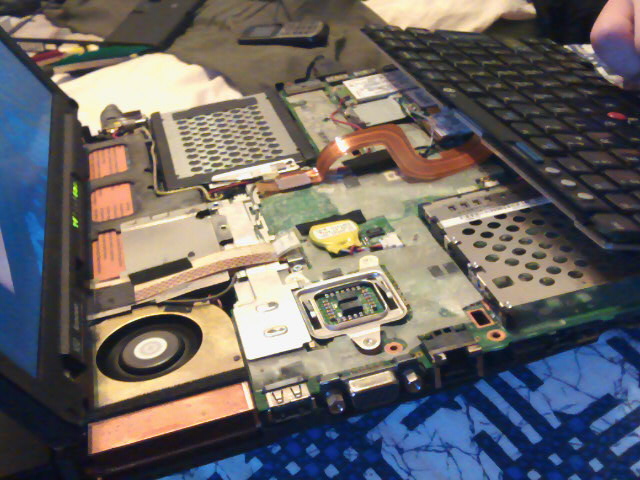 Finally, I just rebuilt the laptop and wrote this article, because I just found that fun and wanted to share the pictures... ;)